Welcome to the Alexandria Sportsman's Club

Supporting the Community since 1947 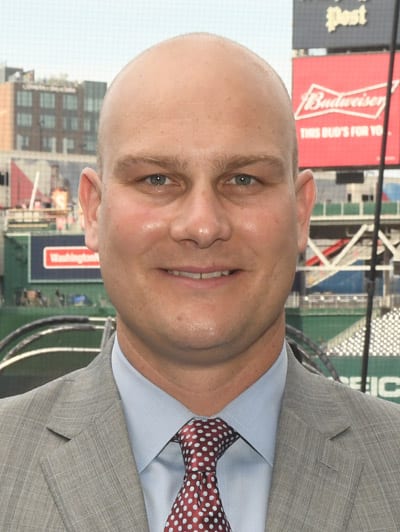 Mark Scialabba, entering his 15th season with Washington, was promoted to his current role of Assistant General Manager, Player Development in November of 2019 after serving the previous six years as Washington’s Director of Player Development. In this new position, Scialabba’s responsibilities include the Major League operation assisting Mike Rizzo, the front office and Major League staff. He continues to work in conjunction with Doug Harris overseeing all aspects of the player development system, including player plans, player personnel decisions, analytics, contract negotiations, budgets, Dominican Academy operations, and medical/training programs.

Join us via Zoom to hear about his job and the upcoming season.

The Alexandria Sportsman’s Club, founded in 1947, is a nonprofit and civic organization. Our club is entirely made up of volunteers who freely give of their time in order help the youth of Alexandria, Virginia by supporting local high school student athletes.

The ASC recognizes the achievements of our young student athletes on the field and in the classroom. Our mission is to promote athletic and scholastic achievement among Alexandria’s youth; and celebrate local sports camaraderie and history. We urge you to learn more about our unique organization. Everyone is welcome. Please join us! 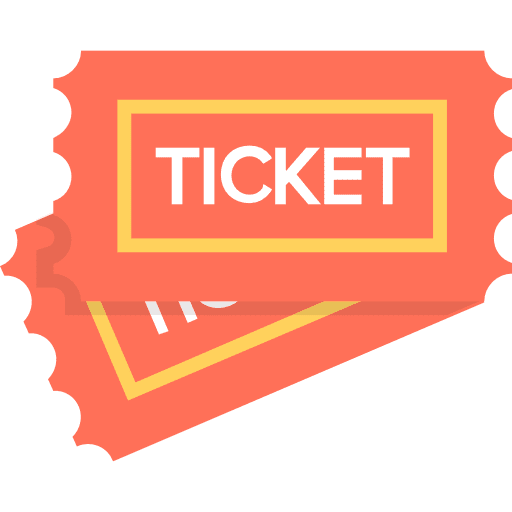 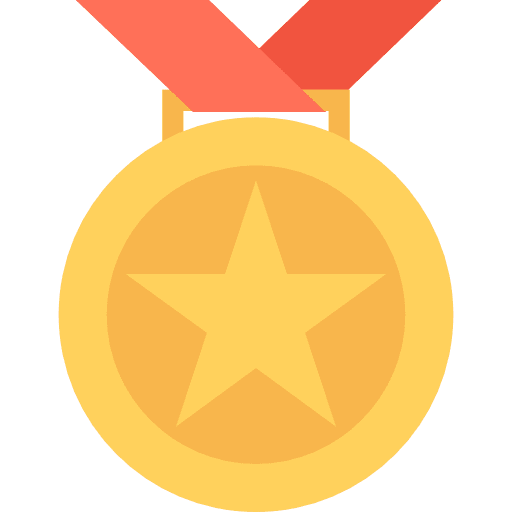 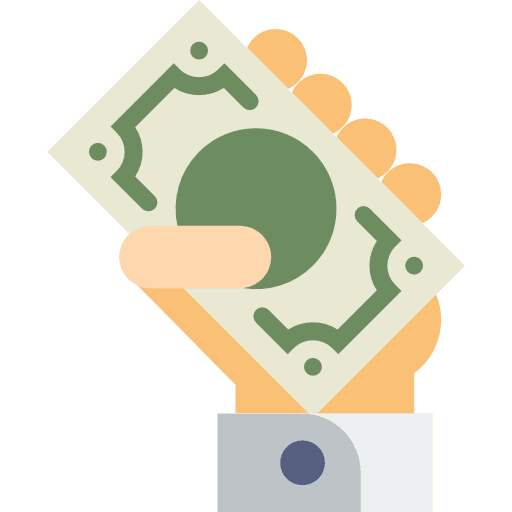 Click the link below to register for the webinar with Mark Scialabba: https://us02web.zoom.us/webinar/register/WN_E2MRQfWyTiy55MgvKcJ-pA

The members of the Sportsman’s Club were deeply saddened to learn of the death of our Past President and Board member, Ray Cobean on December 18 , 2020. Ray, a GW High School alum, won ASC Sportsman of the Year in 1988. He was the treasurer of the Sportsman’s club for almost 10 years in the […]

Participation in soccer by Americans has grown by almost 50% since 2000. You can see the impact right here in Alexandria. Tommy Park, Executive Director of the Alexandria Soccer Association, will speak to us about his soccer career, the growth of soccer in Alexandria, and his partnership with ACPS among other things. 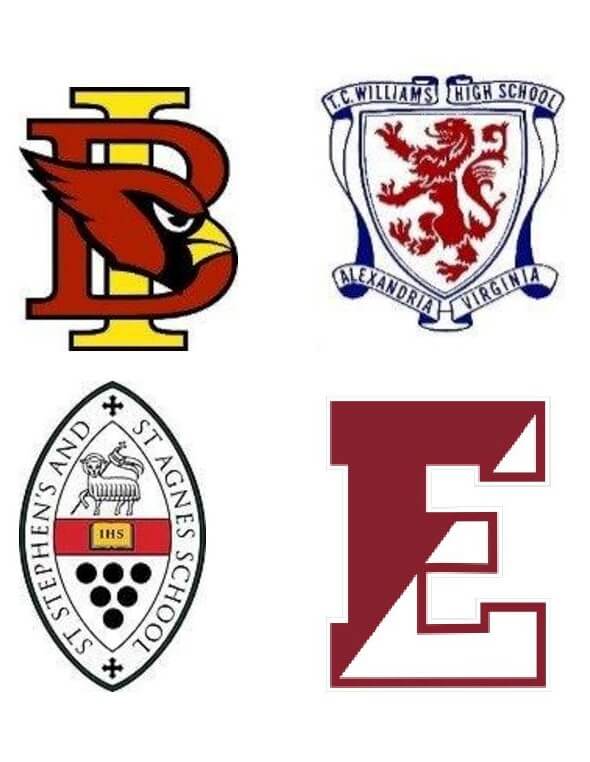 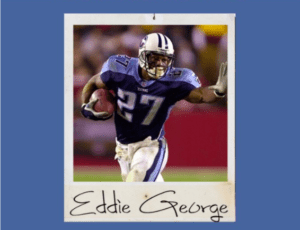 Bylaws of The Alexandria Sportsman’s Club

ARTICLE I: NAME AND OFFICES Section I: Name — The name of the organization shall be THE ALEXANDRIA SPORTSMAN’S CLUB (hereinafter referred to as ASC) with the name being written in proper sequence with no deviations. ASC is a 501(c)(3) nonprofit organization incorporated in the Commonwealth of Virginia run and managed by a Board of […] 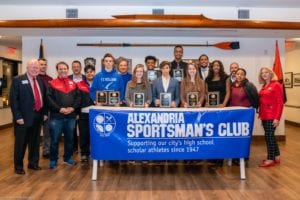 Congratulations to the February Athlete of the Month Award Winners

Thank you to everyone who attended our General Membership Meeting last Wednesday! We had the opportunity to hear David Elfin, co-author of “The Capital of Basketball” speak, We would also like to congratulate all of our award winners for the athletes of the month for February! 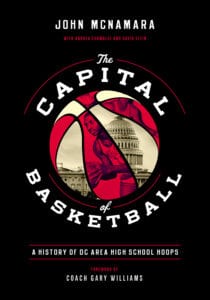 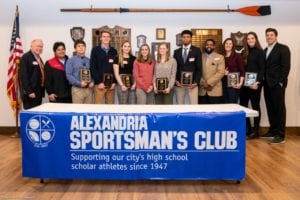 Thank you to everyone who attended our annual Nationals Baseball Insider night last Wednesday! We had the opportunity to hear Eddie Longosz, director of scouting operations for the Nats speak, We would like to congratulate all of our award winners for the athletes of the month for December! 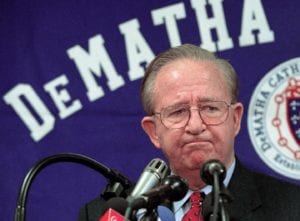 It is with great sadness that the Alexandria Sportsman’s Club announces the passing of Coach Morgan Wootten. Coach Wootten passed away in Hyattsville, Maryland, the home of his beloved DeMatha High School on Tuesday. Coach Wootten coached the DeMatha Catholic High School men’s basketball team from 1952-2002, finishing with a record of 1274–192. ‘“He always […] 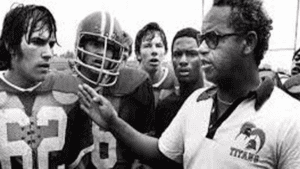 It is with great sadness that the Alexandria Sportsman’s Club announces the passing of Coach Herman Boone. Coach Boone died December 18th at his home in Alexandria. Herman Boone headed the T.C. Williams football program amid desegregation during the civil rights era. He once told The Washington Post, “I’m not a black coach, I’m a […] 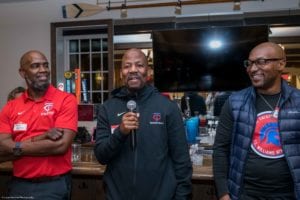 Thank you to everyone who attended our annual high school basketball coaches night last Wednesday! We had the opportunity to hear coaches from T.C. Williams and Bishop Ireton speak, as well as award the athletes of the month for November. 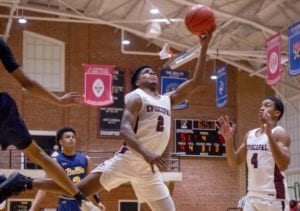 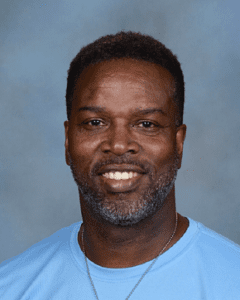 Bishop Ireton High School is pleased to announce the hiring of Dwayne Bryant as its new athletic director. Bryant will assume his duties at Bishop Ireton once his current contract ends in June 2020. Bryant has worked for the past three years at Trinity Episcopal School in Austin, Texas as their Director of Athletics and […] 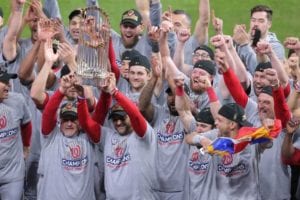 A historic World Series is won without a single victory by the host By Jason Gay Oct. 31, 2019 8:22 am The Nationals can’t go back. They have to stay the heck away from D.C.—until this magical baseball ride cools off. I mean, of course, they can go back, and they will go back to […] 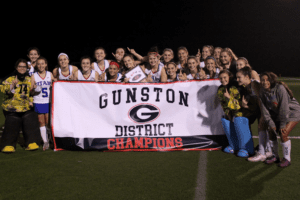 T.C. Williams Field Hockey team has won the Gunston District championship with a win over West Potomac on October 24th! Regionals begin October 30th. Make sure to keep up with the TCW Field Hockey team and cheer them on into Regionals! https://twitter.com/tcw_ fockey/status/1187548178746400774 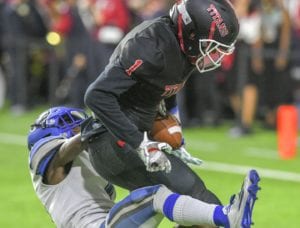 T.C. Williams keeps rolling with a 28-26 victory against West Potomac

By Michael Errigo Oct. 25, 2019 at 10:49 p.m. EDT T.C. Williams has faced West Potomac in football every year since the latter opened in 1985. The schools, located five miles apart, have become rivals, and their annual matchups have become a measuring stick for each team to chart its growth within a season or […] 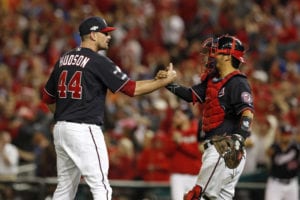 Nats to the World Series 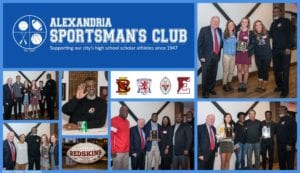 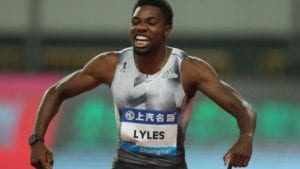 Great to see former TC Williams grad achieve on the world stage! Noah Lyles rocks! The ASC honored both Noah and his brother in 2016. 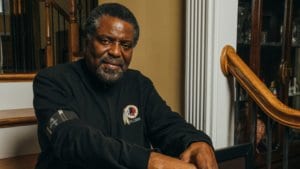 Tony played in the NFL for 14 years, his final 3 with the Redskins. He totaled 106 sacks earning him the nickname “Mac the Sack”. Tony now hosts a cable show which has been on the air for 29 years and is the longest-running minority-owned talk show. Wednesday, October 16th Location: Old Dominion Boat Club […] 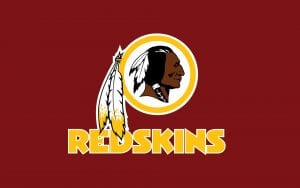 Come join us for our Annual Washington Redskins Night 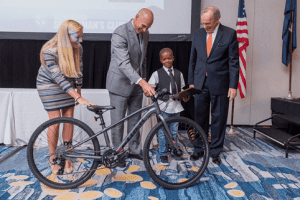 We had a wonderful celebration at our biggest event of the year with the Athlete of Year Awards and thousands of dollars awarded in college scholarships! This past May the Westin Alexandria welcomed our Members, friends and families to this Annual event. 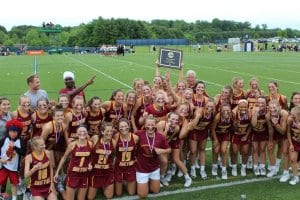 Great night had by all celebrating one of the greatest high school lacrosse cities in the Country!

Board of Governors Meeting